Pran Yoga will infuse life energy in you

The power of life is known as “Prana”. The word creature was coined due to the existence of life in living beings. The higher the amount of life element in a creature, the more powerful, advanced and great it becomes.

At the same time, the higher the amount of life in which a creature becomes weak, the useless, lazy and low level. The main feeling of life inside the body is considered to be its ‘Tejasvita’. Its meaning is found in the Gayatri Mantra with the word ‘bharga’. The word bharga means ‘fast’.

The increase of vital energy in the body means to fill that wonderful element inside itself through which the powers of human beings develop further. Through this, age can also be increased. Come, let’s read Prana Yoga in today’s article.

The effect of Pran Yoga does not remain confined to our body only, but its effect makes all the senses and the senses powerful in us, by eliminating the negativity inside the mind and awakening the feeling of positiveness and creativity in it. In addition, it also gives the seeker a feeling of happiness, happiness and joy. With this, the intellect of the person develops rapidly and the body always remains healthy.

Here are the few ways to gain prana within you

It involves breathing in a controlled motion.Whenever breathing is done slowly and rapidly while doing pranayama, it is necessary to have a rhythm and proportion.Holding the breath drawn inside is called Kumbhak.

In this action also it is necessary to have rhythm and proportion.

The action of exhaling the breath taken in a controlled motion is called Rechak kriya.When breathing exits in any manner, it is necessary to have rhythm and proportion.

The word is actually considered to be Brahma i.e. God. By doing this, all diseases are destroyed.With its regular practice, the mind becomes calm and pure, as well as all mental disorders and bad thoughts run away from it.To perform this pranayama, the word Om is chanted while closing your eyes and taking a deep breath.

To do Anulom Vilom pranayama, one of the nostrils is closed with fingers and the breath is filled through the second nostril.The same action is then repeated from the second orifice of the nose in the same way.Not only does this pranayama clean the nose, it also brings peace to the restless mind and it proves quite beneficial in relieving mental troubles.

This Kapalbhati Pranayama is formed by the combination of the words Kapala and Bhati. The meaning of the skull is the head and the meaning of the sister is shining.While doing this pranayama, you sit up straight and fast release your breath in such a way that your stomach feels inward.But keep in mind that during this time your focus should not be on your stomach, but instead of going in and out of your breath.

By doing Kapalabhati Pranayam, the digestive system is strengthened and lungs are also strong, as well as it is very beneficial in diabetes and ophthalmology.

It is believed that by doing this pranayama, the third eye can be awakened.In this posture, the space between the two eyebrows, called the command cycle, is developed.By doing this, the mind becomes sharp, the eyes glow and the confidence also increases.

To do this pranayama, sit down with the neck and back straight and keep the hands on your knees, concentrate your attention on your obedience in this posture.

To perform this pranayama,you twists your tongue and inhales and is released.

By regular practice of pulse purification pranayama, the blood of your body clears and the amount of oxygen inside the blood also increases.By doing this pranayama, all the dirt is removed from the veins of the body, hence this pranayama is called Nadihodhan Pranayam.

This pranayama makes your entire respiratory system strong and at the same time doing it relieves problems like restlessness and headache. 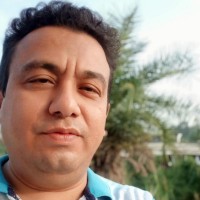